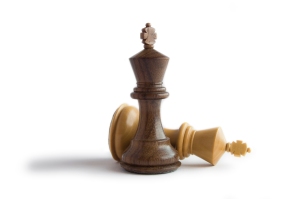 On Sunday we looked at the topic of what are the strategies of the enemy? We launched from Ephesians 6, and 2 Cor 2:11 where we read, “Do not be unaware of the Devil’s schemes”. So to discover the schemes of the enemy we turned to explore 3.

In Genesis we see a pretty clear strategy of the Devil. The first thing he does in Genesis 3 is to confuse what God has already made clear. He asks Eve “has God really said that you can’t eat any of the fruit from the trees in garden?” But this is not what God has said. God has said simply don’t eat from the tree of knowledge of good and evil.

And so the enemy starts to confuse Adam and Eve (because Adam was there), and to confuse what God has told clearly. And once he starts to confuse on little things, he starts to deceive on bigger things. He has a conversation with Eve where confusion seems to be pretty prominent. Eve says that God has told her she can’t eat or even touch the fruit. Again though God has said nothing about touching the fruit, and the lies and deception of the serpent seem to continue to confuse. Eventually the writer says that Eve was convinced and ate the fruit because she thought it would make her wise. So Adam and Eve do a wrong action, out of good intentions. They think it will make them wise, but that’s because they believed a lie from the enemy.

So from this short passage we discerned that the primary activity of the enemy is to lie, confuse, and deceive. Jesus says essentially the same thing in John 8:44 where he writes, “The devil was a murderer from the beginning and has always hated the truth. There is no truth in him. When he lies it is consistent with his character; for he is a liar and father of lies”

That’s the scheme of the enemy: to lie.

To make it practical we then examined 10 common lies and tactics of the enemy. These 10 tactics came from a really old book by Thomas Brookes called, “Precious Remedies Against Satan’s Devices” (which you can read for free here: http://www.preachtheword.com/bookstore/remedies.pdf”

The 10 we looked briefly at were these:

So that’s where we went on Sunday examining the tactics of the enemy. Next week we will be looking at how to overcome them. But the first step to overcoming them is to recognize them.

Big Idea: Satan is a liar

Adult / Group Discussion Questions: What stuck out to you from the sermon? What was new, what was challenging? What are you thoughts about the tactics of the enemy? Has there ever been a time where the enemy confused you of something God told you clearly? What happened? Looking over the tactics of the enemy, which ones do you struggle with? Which ones has he used on you? Who might be able to help you to stand strong against the tactics of the enemy? How might they help you, and what can you do to ensure they do? Are you reading your Bible to centre yourself in the truth? If so what has God taught you lately? If not how can you start to read the Bible – what do you need to do? Discussion Questions for Young Families: Take sometime to talk to your kids about today’s topic. Remind them about some of the themes. Share with them how God is always full of forgiveness, but wrong choices have consequences. Remind them how we are always valuable in God’s eyes always. Challenge for this Week: Spot the lie and Stand Strong

2 thoughts on “The Art of Spiritual War”