So my question for you today is simple. Who in your life holds the Kingdom within them? Who have you experienced God’s Kingdom because of them?

If God’s Kingdom is found in relationships, and in the connections we have with others. If it can be spontaneously found where joy, grace, and laughter are discovered. Then who in your life consistently share Gods’ Kingdom with you?

Why not tell them today. Tell them they are a source of love and joy for you. And maybe through that they might experience the Kingdom as well.

For me I often find God’s Kingdom in this little dude…and when I get home I’m going to tell him too! 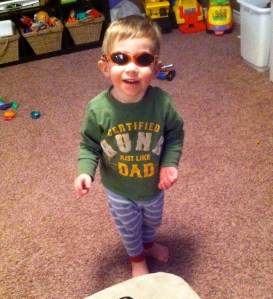 Discussion Questions from the Sermon

Weekly Challenge: Watch for the Kingdom and share with one person this week where you found it…

This Sunday we are exploring another aspect of God’s Kingdom. Last week we talked about how God’s Kingdom grows slowly, but can be spread through us. We can plant the Kingdom, and are called to be patient while it grows.

This Sunday we want to explore a different aspect of the Kingdom. If we can plant sees, and if the Kingdom grows all around us the question is where?

Those are the questions we want to tackle on Sunday.

But what do you think? Where and when have you found God’s Kingdom? Where do you think it might be found? If someone was to ask you, “I find Jesus’ parables about the Kingdom compelling, challenging, and so inviting…but where do I actually find it? How can I discover it?”

What would you say…?

This last week we talked about how God’s Kingdom is like a plant that can grow and spread. You can download the sermon here. We began looking in Matthew 13 how in quick succession Jesus tells three parables of the Kingdom, based on plants growing.  I shared how Jesus was teaching and talking to farmers who would know a thing or two about growing thing. If the Kingdom is something that can grow ~ farmers would know that it would take hard work. They didn’t have the luxury of the equipment we had. It would take hard work. It would also take time. Growing and harvesting doesn’t happen in a day. And lastly it would take God’s timing, and provision. God was the one who sent the rain, and caused the growth. So seeing this Kingdom grow will take time, hard work, and God’s involvement but it grow.

But what I didn’t tackle or bring up is how God’s Kingdom also grows in a dangerous way. 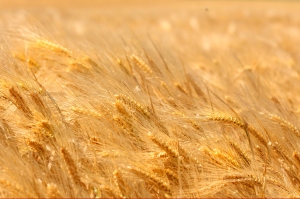 Jesus says that the Kingdom of God is like a mustard seed in Matthew 13:31. Mustard seeds were in ancient times dangerous and also explosive. They took over, they spread, and couldn’t be controlled. An ancient author Pliny the Elder wrote that mustard “grows wild…and once it has been sown it is scarcely possible to get the place free of it”

I love that picture of the Kingdom. That once it’s sown its scarcely possible to get the place free of it. That it starts to take over, growing, spreading, almost uncontrollable. That if we are spreading this Kingdom of grace and love it spreads, takes root, grows wild, and can’t be contained.

But that also is a bit dangerous. Why? Because this Kingdom of God can’t be controlled by us. It grows, it’s wild, and it is not meant to be contained but to spread. When you start spreading God’s Kingdom you are spreading life, grace, and love that once released can’t be contained.

For me that is a beautiful picture of God’s Kingdom. A Kingdom that grows from small seeds, takes time, hard work, and God’s involement but once it takes root spreads, shakes things up, and is almost impossible to get rid of.

So this week why not spread the seeds of God’s Kingdom? Because wouldn’t a beautiful testimony to you, the church, and Christians be that our communities are so full of God’s kingdom that “it’s scarcely possible to get the place free of it”…

Discussion Questions from This Sunday

Weekly Challenge: Spread the seeds of the Kingdom in someone’s life and pray for them daily…

This week we are starting a new series at church focusing on the Kingdom of God. If you notice Jesus talks a lot about God’s Kingdom but not much about the church. So the Kingdom is something we had better explore, understand, and even more importantly experience. But at times the Kingdom can seem mysterious. Jesus’ parables about it reveal and also conceal at the same time.

Let me know and I’ll blog about it for the next few weeks.

In general I think New Year’s Eve is very anti-climatic. You get together with people early in the night and then wait and try to have fun until the ball drops. Then you cheer for a few seconds, and kind of look at each other. Most of my New Year’s have been like this. Except for the past two.

The past two years I’ve gotten together with friends and we go from house to house eating. Each person tries to create some food that is better than what they cooked before. We get dressed up have great food, and great conversation. And some people outdo themselves with awesome decorations. Look at this table set for dessert, which was home-made ice cream and a traditional mexican cookie with dulce de leche in the centre. And yes it tasted as good as it sounds…

So how did I see Jesus in all of this? Well its pretty simple eating, laughing, talking, and spending time together is a taste of the Kingdom of God. Jesus is clear in Luke 14, that the Kingdom of God is like a party. In fact when he talks about the Kingdom he often says its like a feast, a wedding, or in essence a great get together. Jesus is often found eating, relaxing, and being with others around a table (Matt. 9:10; Mark 2:15). So if back then Jesus was often found around a mixed table with friends, food, and fun why would he not be found there now?

So on New Year’s I sensed God around a table filled with food and friends. I saw Jesus in our conversation, our fun, and our willingness for one night to simply enjoy each other’s company.