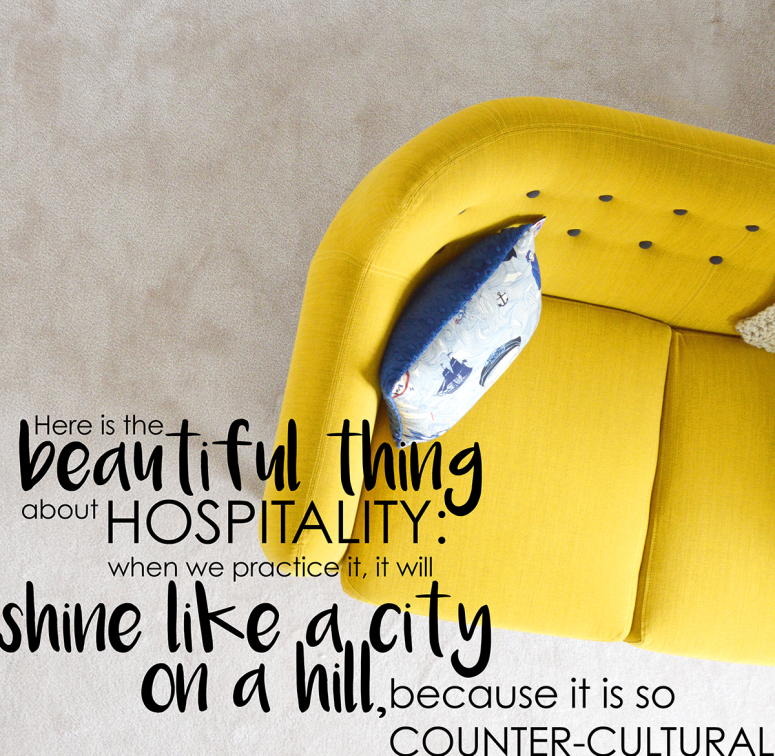 Here is what I believe: Those who are hospitable in our world will change our world; those who aren’t will become isolated and ineffective.

I know I’ve written on hospitality before, but I simply believe this is the single more important posture and attitude we need to have in our current world.

Our current world and culture is polarized – it is divisive, it is angry, it is full of posturing and pride. Our current culture is deficiently lacking in listening, and this is also true in the church of North America.

And, this is why I believe we need hospitality more than ever.

Because, in its core, hospitality isn’t about just opening your house to someone, but instead having a posture of openness with everyone. It’s about having an attitude that welcomes those who are different than you. It’s about having a heart that is inclusive of people across all the lines that tend to divide us: Politics, race, class, finances, geography, gender, anything really.

Henri Nouwen put it this way:

“When hostility is converted into hospitality, then fearful strangers can becomes guests… [and] guest and host can reveal their most precious gifts and bring new life to others. … The term hospitality should not be limited to its literal sense of receiving a stranger in our house, but as a fundamental attitude toward our fellow human being, which can be expressed in a great variety of ways.”

Jesus was radically open and inclusive to those around Him. He was hospitable to those on the margins and different from others. And, in so many places in His life, He demonstrated this. Everything from the parable of the Good Samaritan and his practicing of hospitality, to Jesus’ death and resurrection at which He welcomes in all of us who are sinful and broken.

Hospitality is a central theme and behaviour of Jesus, so, as His followers, it needs to be part of ours as well. Because, you can’t love those to whom you close yourself off, and Jesus is clear, we need to love others.

Here is the beautiful things about hospitality: When we practice it, it will shine like a city on hill, because it is so counter-cultural. Our culture is filled with hate, divisions, binaries and polarizing sides.

What if we practiced a different way? What if we had a posture and attitude of welcoming? What if we invited people who are different than us into conversation, connection and true friendship? What if we put this into practice?

While I don’t know all the specifics of what would happen, what I do know is that the world around us would be better, because it would be more Christ-like.

2 thoughts on “The Most Underrated Spiritual Gift”